Are you trying to cut an expense from your over-stretched budget? Think about getting rid of that costly cable bill! Who watches all that stuff anyway? One of the best performing amplified flat antennas on the market is the ClearStream Eclipse indoor HDTV antenna.

After your initial investment in the ClearStream, you will never get another monthly bill. Our family had an adjustment period but when asked if they wanted to make the high cable payment themselves, no one volunteered!!!!

You will be able to receive signals from CBS,NBC, Fox, ABC, PBS, Univison, and much more that broadcast in FullHD 1080. Remember, most of the above stations will have 4 or more programs under their call letters. 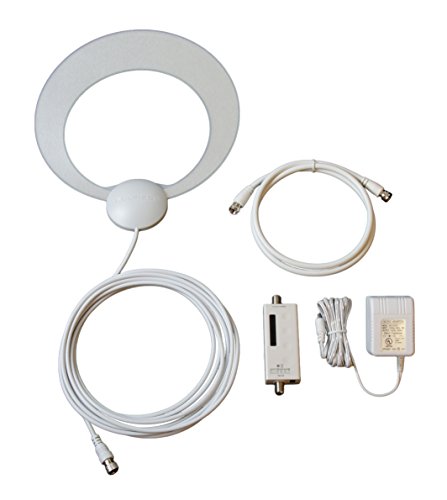 You’re going to love the reception you get with the new Clear Stream HD TV antenna. The Clear Stream Eclipse digital antenna uses Sure Grip Technology to deliver the easiest installation any antenna can offer. The antenna uses patented element design and a 20dB inline amplifier for weaker signals.

The proof is in the patented loop design. Clear Stream is engineered to respond to a greater range of frequencies along with a wide beam angle that eliminates the need for rotation.

The Sure Grip backing lets you position the antenna worry-free on any flat surface including windows, walls or even behind your television. No adhesive, pins, or Velcro to mess with- simply reposition over and again to find the best possible location. 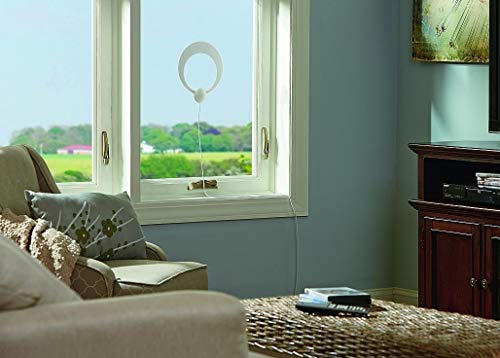 If you’re fed up with paying high monthly fees for cable and satellite television, you’ll appreciate the low, one-time purchase price of the Clear Stream antenna that receives television signals from broadcast stations up to 50 miles away. You’ll never pay another cable or satellite bill again- and that’s a significant savings!

Set up is so easy– all you do is attach the high performance 12 foot coax cable from the antenna to the back of your TV. Then for the best reception,  use your tv's channel scan feature to find new channels and enjoy watching your new free channels. Now it is worth nothing that you should locate the broadcast towers that are serving your area at the antenna point website. Place indoors on a window, wall or behind your TV that has an open view of the direction to where the towers are located if possible.

Sure Grip Technology guarantees the easiest installation of any indoor antenna available.

Some customers were not satisfied with the number of channels they could receive.

Reception has a lot to do with your physical location in relation to the nearest broadcast tower.

Benefits of the Clearstream Eclipse 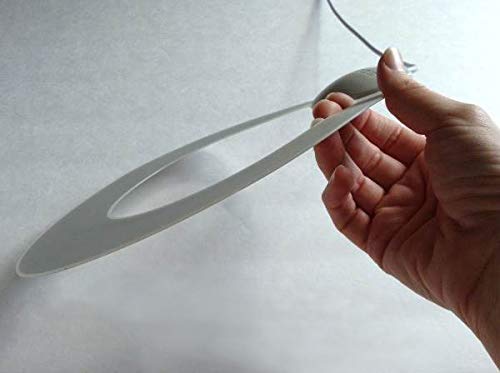 Customer feedback for the Clear Stream HD TV antenna was overwhelmingly positive. In comparison with other antennas on the market that were in the same or higher price range, the Clear Stream won out hands down over the competition, with 73% of reviewers leaving a high rating for the product.

We were able to find only a handful of customers who stated that this HD TV antenna did not work for them, or did not pick up very many channels.

Compared with the AmazonBasic the ClearStream had a very low percent of negative feedback.

What customers loved most about the ClearStream was that it allowed them to pick up enough free local channels that they didn’t feel like they needed to pay for cable or satellite television any more.

Many customers stated that they were able to pick up over 30 channels, including retro-program stations, old movie channels and many other popular programs that they were delighted to get for free.

Some buyers even stated they were able to receive over 50 channels using the Clear Stream antenna.

Buyers liked that the product was slim and discreet, fitting into almost any space so that it could barely be detected when used. So many customers expressed their appreciation for an antenna that really worked, after buying and trying out many other similar products on the market that did not work at all, customers were very happy with the Clear Stream.

How many TV sets can I hook up to this antenna?

I suggest just using one. Some people are successful with two but anytime you add a tv.

Where is the best place to put the antenna, I mean which wall or window?

Actually, the best place would be in a window that faces the direction your signal will be coming from.

Can I really get up to 80 stations?

Wow! That seems a little wild to me.  Most customer receive from 20 to 50. Remember, it all boils down to your location and what is available in that location.

What Other Antennas do you Recommend?

I really like the Mohu Leaf 50 indoor antenna also. It’s a multidirectional antenna that can receive broadcasts up to 60 miles away. It will filter out cellular and FM signals to give you the best reception possible.

It comes with a 16 foot cable so it’s probable that you will find a good reception location in your living room without having to buy a longer cable.  You may also read our buyer guide on the best Indoor hd antennas to find out more options.

This HD TV antenna is one of the best on the market that we recommend, since it’s the only one with consistently positive feedbacks, with an overwhelming 86% of buyers stating that the Clear Stream is worth the money that they paid for it, and that it does what it says it will do.

We’re excited about this product and hope that our readers who are researching HD TV antennas will be encouraged to purchase this one on Amazon. Even being one of the lower priced units, it’s the one that customers choose as the best on the market today.

×
Product prices and availability are accurate as of the date/time indicated and are subject to change. Any price and availability information displayed on https://www.amazon.com/ at the time of purchase will apply to the purchase of this product.
CHECK PRICE